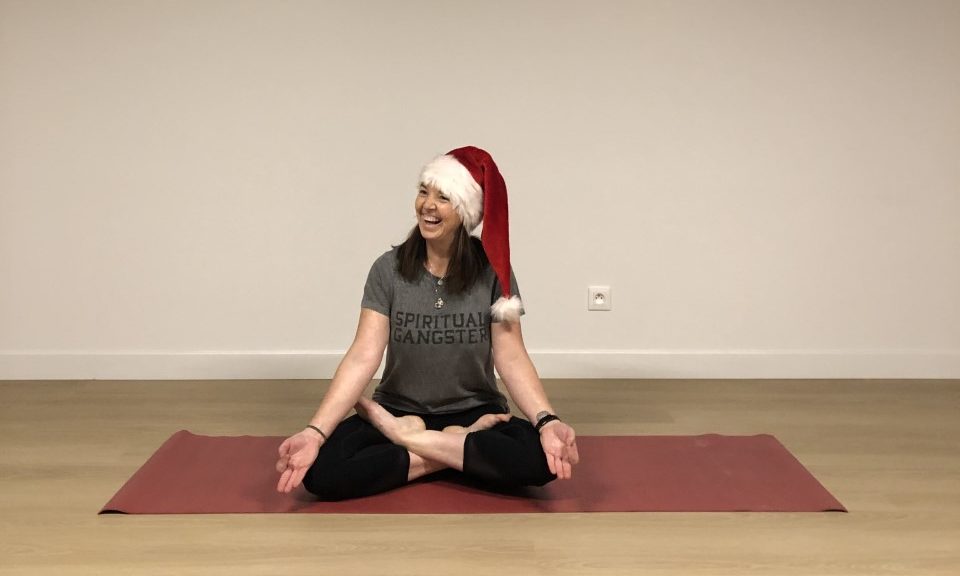 By Sophie TunnicliffeDecember 8, 2020No Comments

Now I know that writing this will not necessarily please everyone (ha!), but I thought it might help some of you get to the other side of 2020 without feeling like sh… for lack of “festive spirit”.

As we are getting nearer to Christmas, I thought I would share with you how uncomfortable I get towards the end of the year. Because each and every year Christmas is a time when people are supposed to get together as a happy family and share happy moments with people that they feel comfortable with.

Is this how you feel? Then lucky you! But what if you don’t? I have never felt that way, and as the years go by, it has become more and more uncomfortable, to the point where I don’t want to celebrate Christmas anymore…

I try to keep the tradition alive for the people I love, but honestly, between the millions of trees that are wasted each year, the consumerism pushed to the max, the endless debates on who goes where, who cooks what, who buys what to whom, what is this all about?

Christmas as a religious celebration: my grandparents were Catholic and Anglican, they were very religious people and Christmas was a big thing for them. They were among my favourite people and were loved by everyone around. I remember spending what felt like hours as a kid trying to stay awake during midnight Mass (who came up with this crazy idea anyway?), not understanding one single word of what was said, and wishing that I could go to bed, then wake up to open presents and go home.

I didn’t really understand why suddenly we would get presents from a guy called Santa (or Père Noël) that no one seemed to personally know, but who had the power to see each and every child all over the world and got to decide who was nice enough to receive presents. That alone, I think, is seriously messed up.

I mean, can you hear the underlying message of this? Hey children, give power to a strange old man (I have always been beard phobic, I believe this might well be the root cause…), he can see everything (no wonder we let social media peek into our lives as if this sh… was normal), and he alone has the right to decide whether you are worthy or not. And if you receive tons of things, then it means you are a nice person (hurray for capitalism from the cradle!). If you don’t, it means whatever right you have done throughout the year doesn’t mean crap.

When you’re a child, you have no idea how wealthy or poor your parents are. So when you are told that your worth is based on the amount of presents you get and you go back to school with a new pair of shoes, whereas the nasty bully in class brags about receiving a poney, you kind of lose faith in Santa’s ability to decide…

I eventually stopped believing in Santa, and that was also a rather lonely moment. Whether you hear it from your siblings or friends, you feel really dumb when they tell you that it’s been your parents all along, and that you’re such a baby for still believing in Santa, while you’re desperately hanging on to the notion that the people you trust with your life (your parents in my case) couldn’t have lied to you for so many years.

Since Santa was out of the picture, I started to investigate the religious origins of Christmas. That turned out to be a big headache as well, since the information you get doesn’t necessarily come from the most objective source available. Note: I dug for quite a few years.

First, Santa was long ago (4th Century) this cool guy called Niklas, who would give away all his possessions to whoever needed them most. He eventually became a Saint, the patron of children and travellers, and slowly but surely Sint Niklaas turned into… Santa Claus! Its current representation (jolly fellow, big white beard and red outfit) actually comes from this  very creative guy in New York only a couple of hundred years ago, who was looking for a way to get people to buy more stuff. Bingo!

Then the presents! Originally they were to represent the gifts received by Joseph and Mary by the Wise Men for their son, who was to be the Saviour of Men… Wow… So here is this poor carpenter and his wife, who is pregnant (but he’s not the father), and they are so poor that they don’t even have a home. They find refuge in a barn, where the only available heating comes from animals blowing on them, and Mary gives birth to this little bundle of joy called Jesus. Errr helloooo? I have no idea what these people ate or smoked, but I do wonder… Side story: Did you know that the term “virgin” doesn’t mean that a woman never had sex? It actually meant that she had decided to stand on her own and not dedicate her life to one man. It meant that she was badass and had many lovers, but not one husband. Think of all the stories you’ve heard where a woman was called a Virgin and replace the notion in your head with the term “strong, single, badass woman”. So yay for Mary, and bravo Joseph for being so open minded.

Anyway, as she comes out of labour (I don’t know if any of the people who wrote this ever experienced labour or been with a woman in labour), some guys guided by the North Star make their way from a faraway place and bring them gold, incense and myrrh. Well I hope someone had the good idea of also bringing along fresh water, warm clothes and food (and maybe a little pick-me-up for poor Mary), because if I had come out of labour and found myself in the middle of nowhere with a newborn to feed, I wouldn’t really enjoy spending my postpartum with some weird guys who believed that I was inseminated by some holy spirit, while aching and dying of hunger.

Also, it seems that no one agrees over the true birth date of Jesus, and that some religious dudes chose that date at at time when Christianity wasn’t really the main religion in this part of the world. Again it seems like before all these people came up with the various religions represented today as the “main ones”, the good people of this earth were all worshipping a Goddess. Yes. A female entity. And this female entity was in tune with the rhythms of nature. So Christmas was actually the celebration of the Winter Solstice, the time of the year when light slowly comes back to the world, and people would celebrate the passing of seasons.

Hmmm… Little by little, discovery after discovery, tv news after tv news (religious wars, oppression, murders…), religion started to appear to me as a place where people could do all sorts of really nasty stuff, and as long they practiced their rites religiously (pun attended), they could get away literally with murder (or rape, or incest, or anything basically). So long for the magic of Christmas, I was left with a sour taste in my mouth and the urge to NOT participate in this charade.

Now if you’re still with me (thank you for hanging in there), let me offer a different kind of celebration this year: how about remembering the year that has gone by, celebrating the fact that you are alive (and taking care of people who have lost someone dear to them and who miss them even more around this time), how about feeling lucky for having been granted yet another year on earth to grow and learn, and telling the people you love that you actually love them…? How about not getting your presents from a store but making them yourself? You’re not a crafty person? That’s ok, maybe you can cook something. Not very gifted in the kitchen? Maybe you can write something nice… Not a writer? How about just being present for the people who are feeling lonely and left out and giving them some of your time and attention?

Happy Yule everyone, we ALL are one, or so they say…

What makes a good (Yoga) teacher?