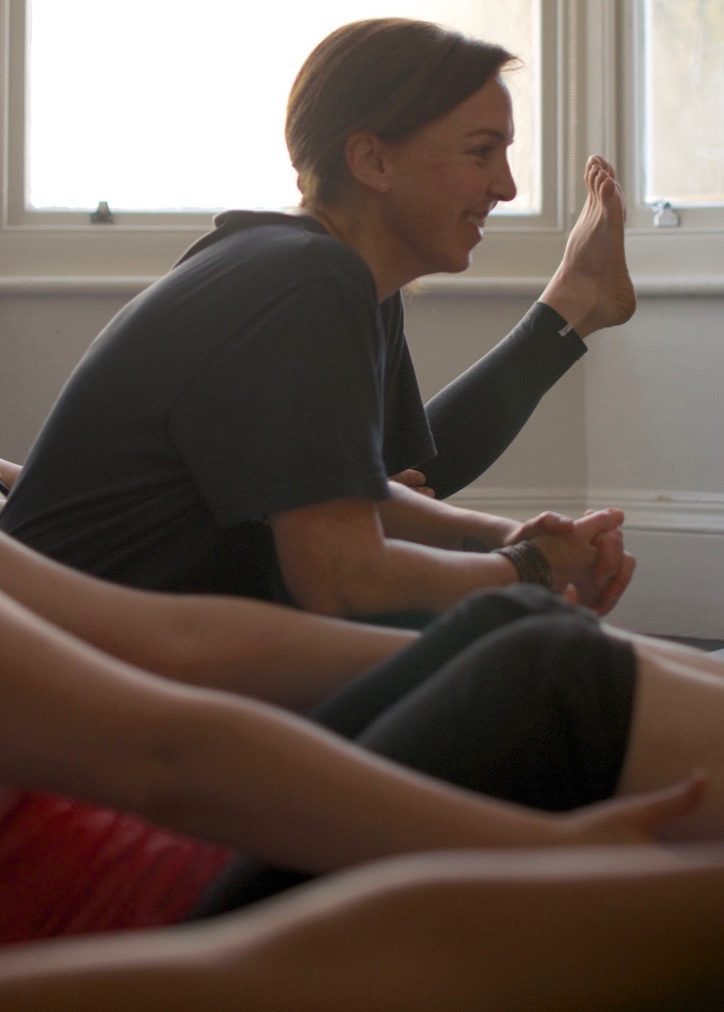 Once again, I found myself defending my favourite style of yoga, to someone who came to practice a little reluctantly after having heard so many scary things about Ashtanga…

I have been practicing yoga in several forms (Hatha, Ashtanga and more recently Vinyasa Flow) for over fifteen years now, have tried Sivananda, Kundalini, Nidra, Power, Bikram even, been teaching it for almost ten years, and remember in a not so far past how yoga was, or was not, more likely. I was a personal trainer and yoga was as far as my world as Kepler-186 is from the Earth. But I knew there was something worth exploring, something deeper than the stretches I was performing to balance my fitness practice. Eventually one of the fitness clubs where I was teaching had the strange but oh so good idea to ask a yoga teacher to come teach us some moves. I found myself in unchartered territory, doing something that didn’t require as much muscle power as it required focus, balance and slow motion in a fast paced world. That was the beginning of a long journey to who I have become today, but I didn’t know that yet.

I continued my personal training activity, adding more and more yoga postures into my classes, using the balance I had found in yoga to enhance what I was teaching.

A few years later, one of my private clients introduced me to Ashtanga yoga. Her husband had been practicing it for a while, and since he was a grown up kid into all kinds of fun and crazy stuff (surf, skateboard, and skydiving among others) and so was I, she thought if he was getting a kick out of this Ashtanga thing, I might enjoy it too! And so it went… Ten years later, I am teaching it, living it, have been on more teacher trainings, retreats and workshops than I can recall and just can’t see myself without it.

And although I don't practice as much as I would like to (everyday), I just couldn't imagine my life without it anymore. To me Ashtanga yoga is the glue that has put myself back together after all the losses and breaks I have experienced over the years, physically as well as emotionally.

I have practiced fitness in many forms, have been swimming, running, dancing, but nothing has altered my body and mind as deeply as yoga has. And as far as I’m concerned, Ashtanga is the most complete, logical, and altering type of yoga I have found so far. Ashtanga has had a bad rep for a few years, and I must admit I have experienced times when I thought it might not be my thing, but I realised it was due to the teacher, not to the method. As I got closer to the source and started learning under the guidance of extraordinary teachers such as Richard Freeman, David Swenson, David Williams, Danny Paradise, John Scott, to name the ones who have truly enlightened me, I realised that when practiced with compassion and gentleness, it is mind blowing how restorative this practice can be.

I don't believe in level classes, I have people who come to me thinking they are too stiff, too old, too fat, too thin, too broken, too soft, too lazy (insert your own internal dialogue here), and I see all these perceptions get blown away as soon as the breath falls in sync with the movement. Breathing in and breathing out, one posture after the other, any body can find comfort and growth in this amazing practice.

So if you find yourself drawn to Ashtanga but somehow stuck because of an injury, some crazy hearsay, too much violence, or a little teacher with a big ego, please don’t give up too soon. Step away for a while if you must, go explore other practices, but more important, go find the right teacher for you. Someone who makes you feel safe, who makes you feel like you’ve come home, will guide you without breaking you, someone who will care for you as well as they care for themselves, someone who will help you reconnect with the peaceful warrior sleeping inside of yourself…

And if all else fails, choose a practice that makes you feel like you're on top of the world, and as far as I'm concerned, Ashtanga's the Shit! 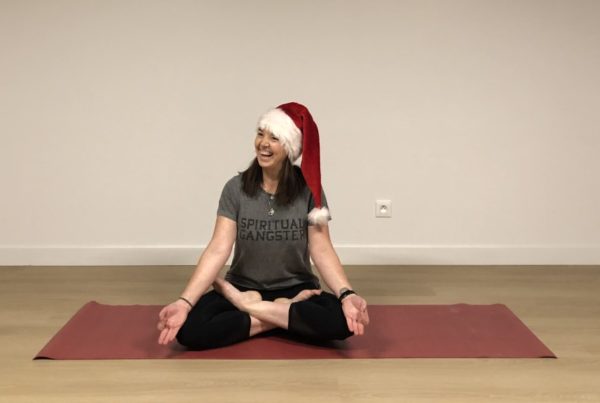